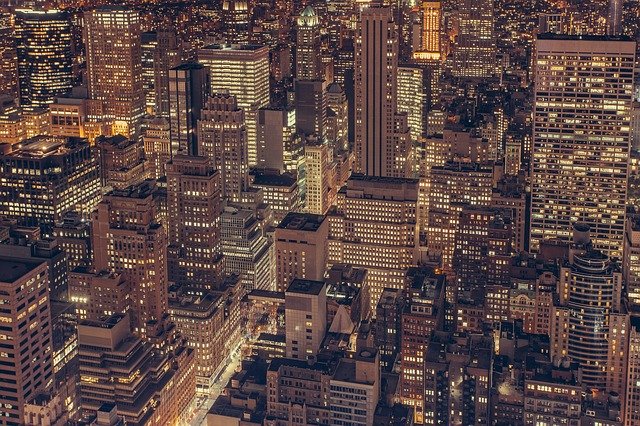 We can all agree that living in New York City is on everybody’s wishlists. Everyone, at least at one point in their lives, starts to think about how their life would look there. They start to wonder whether this city will make them or break them. However, a portion of those people does not stop at wondering – they actually move. That is why we see all those people relocating to New York City every single day. But, living there is not the only thing that is hard and challenging. Moving there, either locally or internationally is more complex than you think as there are many things that can go wrong when moving in NYC. And, today, we will focus on exactly why local moves in New York City are more challenging than those in other major cities. So, if interested in finding out, keep on reading.

Finding The Right Movers is Hard

Believe it or not, but finding the best possible service, or any moving service for that matter is sometimes a mission impossible when it comes to New York City. And, why is that? Because this city is huge! What is more, there are more than 8 million people living there. So, finding local movers can be tricky as they are busy most of the time. You can spend days and days trying to contact all the local movers you found online or the ones somebody recommended to you, but, unless you are the luckiest person in the world, all of them will be booked.

Local moves in New York City are more challenging as there are too many people but not enough movers.

Some NYC Buildings are Just Not Movers-Friendly

Another reason why local moves in New York City are more challenging than those in other major cities is because of the fact that all the buildings and houses there, which are, to put it simply, not movers-friendly. And, what does that mean? It means that entryways are too narrow; that the halls are too narrow; that there are too many stairs; and that there is usually an elevator out of service. Just imagine moving those heavy pieces of furniture into your new apartment with these conditions.

These are just some things that usually challenge both movers and people trying to move elsewhere. So, because of those things, moving around New York City, even if that implies only moving around the corner, is sometimes too complex and stressful. Moreover, because of those same reasons, moving services are costlier and often require a lot more effort and time than usual.

The crowd is another name for New York City. Traffic jams, millions of tourists on the streets, waiting in lines for everything and similar, all represent the downside of living in New York City. And, you probably guessed it – those constant and never-ending crowds really affect the process of relocation. It affects self-relocation (or DIY relocation) and the one organized by a moving agency like a mastermovingguide.com. Thus, you can imagine why local moves in New York City are more challenging than those in other major cites.

Often, it is hard to organize more than a couple of people to work at the same time, somebody or something is always late, the moving truck gets stuck in the traffic, etc. And, when you combine all of those things, a move gets delayed. That affects the movers as they miss the deadlines, and the people trying to move as they end up paying more and losing a lot of their energy and time.

Constant crowds do not only affect moves but everyday life too.

Everything is More Expensive

Did you know that New York City is the third most expensive city in the world to live in? Well, it is. The only two cities that come with heftier price tags are Tokyo and London. Everything is expensive in New York – rents, bills, groceries, everyday stuff. But, not only that, relocations are also expensive. More expensive than anywhere else in the world. So, do not wonder why is that, just read all the previous paragraphs, and you will know the answer.

Finding movers is hard, organizing the process of relocation is even harder, and that costs money. If you live in a building that is not movers-friendly, all the services you will need will be ‘additional’, and those sometimes cost twice as much. When you add traffic jams and constant delays affecting both you and the movers to the already long list, you will understand why local moves in New York city are more challenging and more expensive than the ones in other major cities.

Moves in NYC are not only more challenging but also more expensive.

Even Storage Units Are Hard to Find

If you ever lived in New York City, you know how tiny apartments can be. And, because of that fact, most people who are not really good with small space storage solutions are forced to rent a storage unit nearby so that they can keep all their stuff. However, that causes problems for moving companies and people who are planning to move. We all know that sometimes that one storage unit can be a lifesaver when we are between two apartments, two houses, or similar. Where else would we keep our belongings if we already moved out, but our new home is not ready yet?

That is why local moves in New York City are more challenging than those in other major cites. Relocating locally must be planned really well so that we can overcome all the challenges. So, if your local move in NYC is approaching, make sure you start the process of the organization ahead of time and pay attention to every single detail.

0
hiring professional moversmovingnyc lifestyleNYC moving tips
« Tips to help you save money on your NJ move
How to prepare your art collection for a move? »