Things people miss after moving out of NYC

HomeThings people miss after moving out of NYC 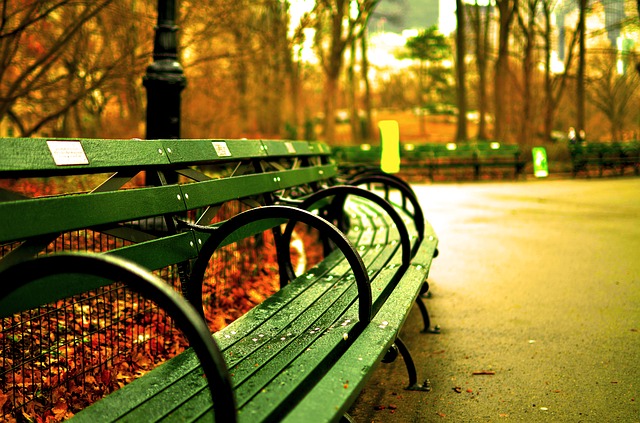 Let’s be honest – out of all the cities in the US, New York is definitely one of the most interesting ones; no matter which way you look at it. For one, it’s the city that offers you the most opportunities for absolutely any kind of lifestyle. But, it’s not just a city that people move to. For one reason or another, people sometimes move out of New York. And while that may be perfectly logical; there are still some things anyone would miss from the Big Apple after moving out of NYC. Which is why we’ve devised a shortlist to remind you of them!

Okay, yes, we’ll start with the biggest cliche. New York-style pizza is really one of the most common tropes about the city. But it’s not for no good reason! No matter where you go after the Big Apple, you’ll realize something else; the pizza just isn’t the same. And trust us, we’ve been places. There’s better pizza, and there’s worse pizza – but it’s simply different. It doesn’t have that uniqueness.

You won’t better pizza anywhere else – and don’t even get us started on Chicago!

On the other hand, pizza isn’t the only kind of food people miss after moving out of NYC. There are plenty of good bagels all over the country, obviously; but they just don’t come even close to New York’s authentic little bagel shops. Think about that before you search for help when moving from NY to another state. Here, you’ll find them littered all over the streets of the city; but once you move out, you’ll realize that they’re something you’ve been taking for granted.

New York has some of the finest bagels on Earth – an objective fact!

The City That Doesn’t Sleep

Okay, there’s something else apart from bagels that New Yorkers take for granted, but they miss after moving out of NYC. Quite simply, whatever you want in New York – you can buy and order, from one place or another. And at absolutely any time of day! Do you want to buy a sweater at midnight, or have a craving for sushi at 4 AM? Hell, you can easily relocate your vehicle to another coast at any time. In New York, all of that is possible. And once you move to another city, you’ll find that things simply…close. At some point. Which is a really haunting concept, we know.

Sure, you can find street performers in almost any city; but not quite like in New York. Wanna see an artist that can paint the skyline of the city in 10 minutes using nothing but spray paint? Or the most skilled break dancers who perform down in the subway?  And let’s not forget the fact that you can spot musicians on any corner of any street. All in all, there’s specific magic to New York’s creative bustle that no other city can quite duplicate; making it one of the things people miss after moving out of NYC. Consider that before you look for a moving company at a place like Verified Movers.

Okay, by now you’ve probably realized that a huge part of our list is dedicated to food. And while that may seem a bit derivative; the food’s just that darn good. If you go up north, you’ll find the nastiest and simultaneously the best hot dogs you can eat everywhere. Sure, they’ll keep your stomach busy for the next couple of days, and that may not be a good thing…but they’re just so damn tasty. And they’re quite cheap, as anyone who’s moved to NY for college will attest to.

Next up, we’ll switch to a more classic choice – Central Park. All of it is pure magic, and one of the things people miss after moving out of NYC the most. And by that, we mean all of it, even the homeless people who are just way too possessive regarding the park benches they’ve designated as their own. All of us who’ve moved out have visited plenty of parks since – and nothing can quite match the wonder of Central Park on a foggy morning. Though it is cold as frozen-over hell and you’ll be stopped and solicited about 50 times, but still. If you’re looking for a roommate and an apartment in NYC, you’ll find that most people dream of living with a view of Central Park. Also, you’ve got the nice street vendors with tasty $4-pretzels.

Having a run in Central Park in the early morning is a treat!

After you’ve been to SoHo once, shopping at any other place is simply depressing. Let’s be honest – malls are as boring as brunch with a relative. And compare that with haggling with an old lady for a knock-off bag; that’s just the way all shopping should work. Naturally, all of the actual stores and boutiques are cool as well. Though, these may be going out of style, with all of the Internet shopping that’s been on the rise nowadays.

We promise you, this is the last time we’ll mention food on this list – because it’s the last item on it! Hardy-har-har. But on a more serious note, New York really does have the finest diners you’ll find in the country. Sure, you’ll find some of them in small towns; but there’s nothing quite like slurring an order to the definitely not-smiling owner at 3 AM after a night of binge drinking in New York City.