Things New York and New Jersey have in common

HomeThings New York and New Jersey have in common 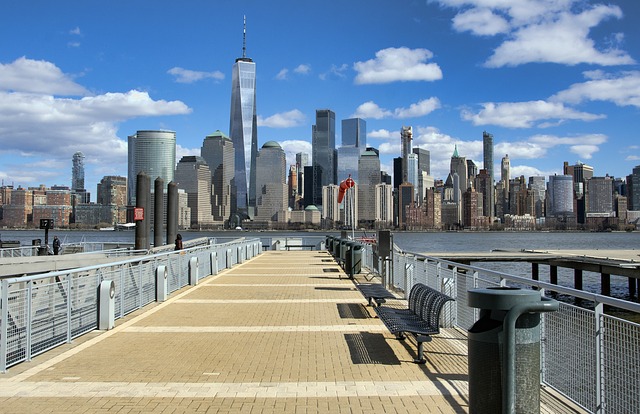 The Garden State VS The Empire State is what you could also consider the title of this article. These are two very well-known states and are very popular places among both the elderly and young people. They share a border meaning they are very close to each other but, for some reason, New Jersey has a bad reputation. A lot of people from New Jersey do not like New York and vice versa. Why is this so? We do not want to tell you about the differences between the two states. We want to tell you just what are some of the things New York and New Jersey have in common. This might help solve plenty of issues for people who are deciding whether to relocate to New Jersey or New York.

We must certainly say that both states are amazing in their own ways, with all their similarities and differences. Moving to any of the two places is a great idea no matter your age. Lots of families with children move to both NJ and NY as well as the elderly who have retired. Young people have a hard time choosing between the two as moving to either of these places comes with pros and cons. But that is not the topic. We are here to tell you what New York and New Jersey have in common so you might more easily decide where to move.

Both states are loved and hated at the same time

The first thing New York and New Jersey have in common is the fact that they are loved and hated by their residents at the same time. As many people move here as many of them relocate and never come back. It is like that as moving to any of the two states comes with both pros and cons. The pros are big but so are the cons. To realize this and to gather the impressions of it all, it takes time. For example, it takes time to notice just how expensive living in both NJ and NY is.

For a lot of people, the pros outweigh the cons before moving there. But after a while, the cons start to weigh more and more and a lot of people end up moving somewhere else. You can relocate to the Big Apple stress-free but you cannot leave it without stress. Living in New York is very stressful and so is in New Jersey. This is another thing they have in common and just one of the cons of moving there.

Both are very diverse

One of the best things bout moving to either New York or New Jersey is the fact that these are two very diverse states. People from all over the world move to both NJ and NY. This means that no matter where you are from, you will certainly find people to hang out with and work with as racism isn’t as present here as it is in some other states in the country. Fitting in is easier here than in states where the majority of the population is white. This is why a lot of families with children decide to move to New York or New Jersey.

This is not the case with New Jersey. People move to New Jersey as it is a very nice place to live in. Safe, quiet, reasonably priced. Surely these are not the things many would use to describe living in New York City Metropolitan Area. No matter where you are moving to, Van Express Movers can assist. They are an amazing company with lots of moving experiences to both of the places we are telling you about.

Lots of things to see and do

A very good thing these two places have in common is the fact that there are plenty of things that you can do. No matter your age, you will certainly find a thing to keep you busy during your free time. You can easily travel from both places to anywhere in the two states as they are well-connected. Both New York and New Jersey have amazing mountains that you have to pay a visit to. There are plenty of historical landmarks in both states as they are both very old.

You can go to museums and art exhibitions easily. There are concerts held all the time. Jazz music is very popular in bars across both states. There are plenty of nightclubs both in New York City and the entirety of the state of New Jersey. A lot of famous people can be seen on the streets of both New York and New Jersey as lots of famous people live here. You can always find a place to relax and a place to do some fun activities in. These are just some of the pros of moving to NYC but as well as NJ. Because as you can tell, they are very similar.