Reasons why you should move to Brooklyn

HomeReasons why you should move to Brooklyn 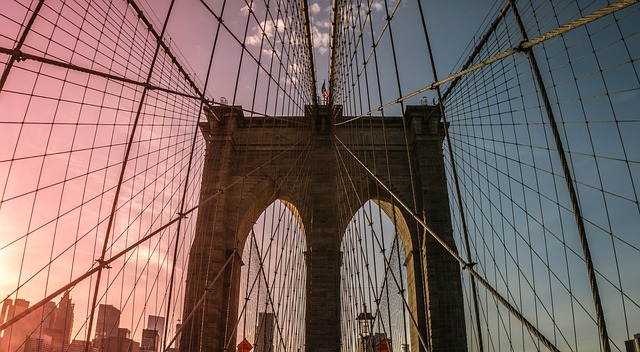 Some people find Brooklyn to be the worst and most boring part of New York. Some even go as far as to define it as a ghetto borough of the Big Apple. We disagree because there are so many reasons why you should move to Brooklyn. People who do not like Brooklyn will usually tell you the following:

There is an interesting claim on the internet which says that people who are born on the West Coast cannot live on the East coast, because they are not used to that type of life. As they said, the West Coast is known for its innovative and modernized life. The East Coast is more old, historical and cultural, so innovations and technology simply fall a step behind here. That is the reason why moving from New York to LA is very difficult if you are not prepared for that. However, there is another reason why people are too afraid of New York – it is too difficult for everyday life.

Traffic could be another reason to move to Brooklyn

When moving to New York, you should know that New York has even five boroughs, so you can choose which one is good for you. We all know for Manhattan and Sex and the city, so urban and noise crowd is too much for some people. On the other hand, Staten Island is luxurious and elegant, and it includes calm and peaceful neighborhoods. Whatever your reason for moving, there are plenty of reasons to move to Brooklyn.

Why should I move to Brooklyn?

It is a good place to face reality. Seriously, you may not feel comfortable in your small home in some village in the middle of the US, but come to Brooklyn and you will experience what real life is. Even though moving to Brooklyn may look like a small advantage for a young person, even the grown-up people find that part too crowded, loud and mixed with unusual circumstances.

Even the show is different when moving to Brooklyn

Brooklyn is a good place for those who are in love with culture, history and urban life

Let us be honest, urbanity is not the main advantage of Brooklyn, but old houses and historical neighbors can be attractive for people who have not grown up there. A relocation to Brooklyn could also be good for your career, especially if the work you do involves art, legislation and social activities.
It is not too much if we say that moving to Brooklyn could be very attractive for people who want to broaden their horizons. Especially for those who lived on the West Coast, where cities are completely different. If you lived in LA, you should move to Brooklyn. But this is only if you are prepared for a completely different life there. After all, there are many things you should know when moving to New York.
You should also be prepared for long walks after moving to Brooklyn. It is a place, along with the New York, where streets are long and transportation is always overwhelming. In case you have your own car, well, good luck! Driving over the bridge is considered as worse than driving on so-called “highways”. They are also very expensive, so consider buying a monthly card.

There are also many advantages to moving to Brooklyn

Even though we said many things against the Brooklyn (or it sounded like that), moving to Brooklyn actually does not mean a bad thing. It is the best thing if you are willing to become an independent person. There are many people who study or work in Brooklyn, so you can find many roommates and friends to live with. If you like to be a roommate in large flats made of red bricks, you may have just found a good reason to move to Brooklyn.
Do not worry if you are currently living in places with an ocean beach. The same thing you have in New York, and Brooklyn, too. Brooklyn is not a place where you can go to the beach, but you can easily go there where sand and salt water recalls great memories. If you like that combination of the urbanity on the one hand and nature with the typical sea look, you should move to Brooklyn. The problem could be the rain, which is actually much different in New York and Brooklyn, and as people describe it – small and boring.

Do not worry, New York is still there after you move to Brooklyn

People think that New York is a crowded and noisy city, where people are in the crowd every day and they can hurt if you do not follow their rhythm. That is a huge mistake, even for Manhattan, which is the most crowded borough of them all. Brooklyn is even quiet and in some parts calm, with peaceful neighborhoods.
However, those people who are always in hurry are not rude. They will still help you in case that you need it. You should be prepared that you will be a part of that crowd and also a person who is always in a hurry if you choose to move to Brooklyn or even New York. Brooklyn is also very friendly, and cheap, even though sometimes noisy. People usually do not sorry for moving in there. Even the children you may have could have a good education and life. You surely should consider moving to Brooklyn, no matter where you live now.

0
NYC moving tipstips for moving to NYC
« How to move on a budget?
Moving to NYC – what you need to know? »