Moving from NYC to LA

HomeMoving from NYC to LA 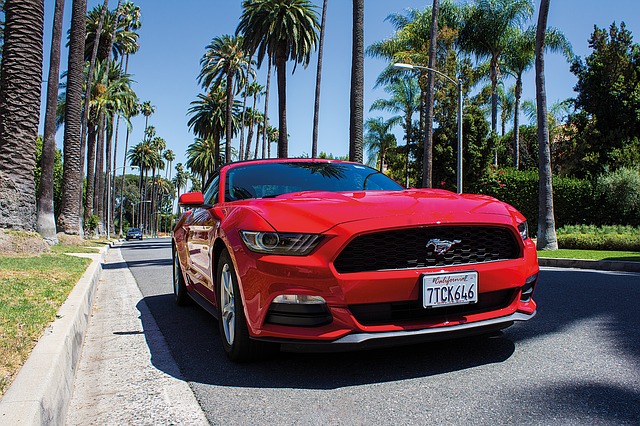 Moving from the East Coast to the West Coast and specifically from New York City to Los Angeles often feels like moving to a whole different world. The difference is huge, speaking of the weather and lifestyle alike. Here are some of the biggest differences you’ll come across after moving from NYC to LA.

Moving from NYC to LA sometimes feels like moving to a whole new world.

Obviously, the weather is nicer

Saying the weather is nicer might even be an understatement. Having seasons in New York is only a nice way to say that you need a jacket more often than not. In LA you get to enjoy springtime most of the year and then you get a bit of heat in the summer and that’s it. Endless spring and summer make you forget all the cold, chilly winds and blizzards, while sunshine all year round just makes your life more beautiful. You get to sit outside at restaurants throughout the year, what else could you ask for?

You also won’t need most of your winter clothes after moving from NYC to LA, so try to leave it behind in the Big Apple. Sell it, donate or pass it onto a friend. Just remember that you’ll need some of it when visiting back home or traveling.

The beach is spectacular, especially compared to NYC

Of course, there are beaches in New York City as well. Except for the fact they are not nearly as beautiful as those in LA. And you could say there’s a beach curfew, as the beaches in NYC close at about 6 PM. That doesn’t happen in LA, where you spend not only your weekends but also your nights at the beach. Pools are another great option too.

It’s not only about beaches

There’s more when it comes to beautiful nature in this part of the world. LA residents can opt for fantastic hikes and can also enjoy lovely mountains and great views. You’ll discover all those amazing things soon after moving from NYC to LA.

A healthy lifestyle is a big thing in LA

When you’re able to spend a lot more time outdoors, you’re naturally more inclined to work out. Everybody’s into working out and healthy living in The City of Angels and that also includes clean eating. Vegan, organic, gluten-free, grass-fed, age-fighting, vitamins and all sorts of health-ish diets are a lot more popular in LA than in NYC. The hype is real and certainly helps if you’re not so determined yourself to start living healthy.

A healthy lifestyle is a big thing in Los Angeles

What pizza is in NYC, that’s avocado in LA. You can eat it anytime, anywhere and you do so frequently. Unfortunately, it’s almost a mission impossible to find a good pizza anywhere in Los Angeles. And it goes the same when it comes to bagels. Another thing you’ll find out soon after you’ve moved from NYC to LA.

In New York City you can save on gas and car insurance by not having a car. In LA that’s not an option, at all. And then there’s a rush hour, which strangely lasts almost all day long. Many people find this very inconvenient right after moving from NYC to LA. It takes time to get used to, but eventually, you do.

Cause there’s another way of looking at all these things. Yes, there are rush hours and traffic jams. But when that happens you get to sit in your air-conditioned car, you can listen to music, a podcast or an audiobook, you can call whoever you want, you normally have your drink with you and you might even have a snack. And after all, you always have a seat. When you look at it that way, it just gets way better.

Besides, no one’s upset if you’re late in LA. Everybody knows it’s traffic. And everybody’s cool with that.

LA is trendier and more glamorous and people look like they are on vacation all the time (it’s all about the weather). This comes as no surprise when you know LA is the capital of the entertainment industry. There’s a fair share of negative things that come along with it, such as name-dropping, that happens all the time. Everybody knows somebody famous – and they’ll make sure everybody else knows about it.

Apartments are way larger in LA

This is not a shocker as apartments are larger anywhere else in the States than in NYC. The cost of living in Los Angeles is better than in New York and since you have a car, you also have an option to live farther away. That way you can save your money and get a larger apartment at the same time. How awesome is that!

Have you noticed that most of the things on this list are in favor of living in LA? Yet, last time we checked NYC was buzzing and was not left empty because all the residents moved to the West Coast. Can you draw a conclusion from this one? New York City is a special place. There’s some magic about it and you just get to love it, no matter what. And even though you’re probably going to love your new life in Los Angeles, you’re also very likely to be missing the Big Apple after moving from NYC to LA.

New York is a magical place!

To wrap up our story about these two spectacular cities, here are a few books about NYC and a few others about LA. You might get to appreciate both of those incredible places even more after reading any of those:

You can shop any of those on Amazon.

And wherever you get to be, just make the best of it and enjoy your time over there!