Moving from a small city to New York

HomeMoving from a small city to New York 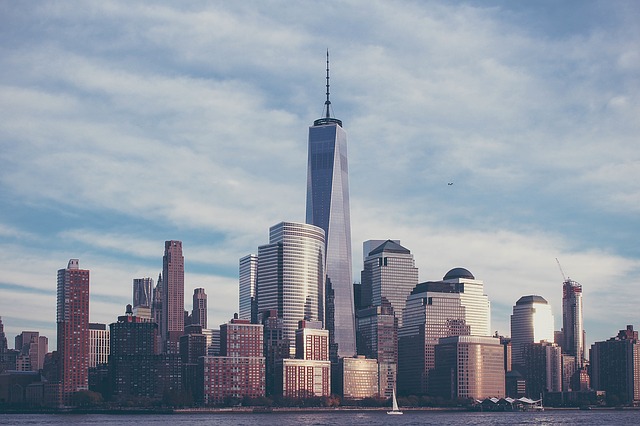 The worst thing about moving from a small city to New York is that you will feel misplaced no matter how long ago you started thinking about living in New York. New York is one of the biggest cities in the United States and it can be hard to keep up with it. But after some time, this feeling will vanish and New York will start to feel more like home. But don’t get the idea that NYC is not a welcoming city. It has its arms open for both those coming from other states in the country and those coming from other continents. All you have to do is find a place to stay in and a moving company that will help you move such as gruntsmoving.com.

The size of New York can’t be understood until you go and see it for yourself.

The diversity will shock you

Because you are coming from a small town, you might not be so used to seeing people from all over the world. This is not the situation in New York. New York is one of the most diverse cities in the world. And it all comes back to the fact that New York is very welcoming. So believe us when we tell you that you will fit in at one point sooner or later. Natick experts in relocation have moved many people from New York because they didn’t feel like they belonged there. But we believe that you just have to let New York do its own thing and go along. This is the best way to start feeling like you are at home.

Diversity is a big part of New York City.

Not knowing everyone around you can be frightening

Walking through the streets of New York you will be able to see thousands of people a day. And if you lived in a small town, this wasn’t the case. You are probably used to seeing the same faces every day and knowing everyone around you. This is another thing that will make you feel small and misplaced but this feeling will pass. You just have to focus on the fact that nobody around you knows these people and that you are not the only one. This will make adjusting much easier. After you spend some time in New York and the big amounts of people become a normal thing, you will feel weird when you go back to the small town you came from. Walking around and saying hi to everybody won’t be your daily routine anymore.

Another con of living in New York is that is can be hard to find the people you enjoy spending time with. Because this city is so big and diverse, you might not always bump into people you have things in common with. But it is very important to build connections in this city. Making connections and meeting new people can help improve your career. Because everybody in New York knows a guy who knows a guy that can help you get what you want. This is the most amazing thing about New York – you never know who you can meet and how he can help you get settled down in New York quicker. This is what people miss the most about New York after they move away.

It is not very safe to live in New York

The thing that scares people most after moving from a small city to New York is crime. Crime rates are pretty high in this city because it is so big and it is very hard to control it. There are parts of New York you don’t want to visit ever in your life because of how unsafe they are. To get even more information, search online to find out which parts of New York we are talking about. The most popular part of New York with high crime rates is Hunts Point. Check if the neighborhood you are moving to is safe before you organize your NYC move.

The last thing we are going to mention regarding moving from a small city to New York is the fact that New York is very loud. All the time. Literally 24/7. Day and Night. This is because of so many things that happen in New York every day and because of so many people. The only place you might be able to find some peace and quiet besides Central Park is the roofs of tall buildings.