Moving after a heartbreak: leave the neighborhood or the state?

HomeMoving after a heartbreak: leave the neighborhood or the state? 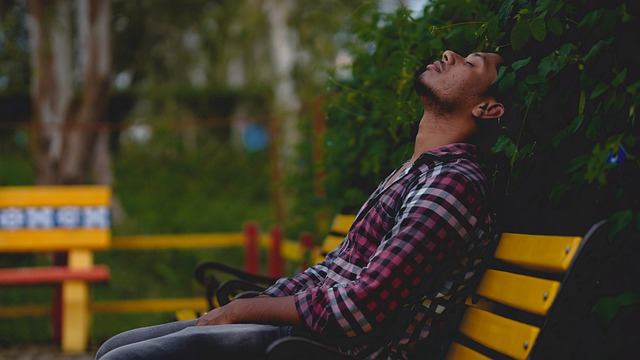 No heartbreak is easy to handle. Whether you broke up with your partner or you had a long friendship end recently, it isn’t easy to bear such feelings. Especially if you keep seeing this person around after you have parted. A lot of people are not able to handle this so they start thinking about moving to another place. And we believe that this is a good idea. Change is good. Especially after you have had your heart broken. You need to focus on new things in order to get better. And what better to focus on than a new surrounding where you won’t be seeing this person who broke your heart. But if moving after a heartbreak, will you leave the neighborhood or the state? What is a better thing to do? Well, it depends. And we are here to discuss what it depends on and what we believe is the right thing to do in each situation. So, if thinking about moving after a heartbreak, here is where you can read how to do it the best way possible.

Are you living in a small town?

Most of the time, people who are moving after a heartbreak are people from small towns. Living in a small town has lots of benefits but lots of cons as well. One of the cons is the fact that you see the same faces over and over again every day as there are not many people living in small towns generally. Even if there is a lot of people, as the town is small, you are all located in one place. This means that seeing your partner is more likely than it is if you were to live in a big city.

Plus, living in a small town surely means that the word spreads fast. Very shortly a lot of people will know that you two have parted. And we all know that people love talking about things they have no business talking about. Spreading rumors is very common in small towns. During this heartbreak period, this can be hard to deal with. Moving away certainly is the best thing to do. But another neighborhood won’t do it. If living in a small town, either moving to another city or another state is what you should be doing if you truly want to get away. And if you do decide to do so, mastermovingguide.com can assist with their tips for relocation. There are plenty of moving companies out there but you have to make sure to hire the one you can trust.

People who live in bigger cities do not have such issues as people from small ones do. Seeing the people you know on the streets is a rare occasion. That is if you do not live very close to each other. And if you do, moving after a heartbreak might be a good thing to do. Moving on is hard if you are seeing someone constantly even if it is on accident. But as this is a big city we are talking about, it certainly means that there are neighborhoods where this won’t be the case. This is why a lot of big-city residents do not decide to leave the state but just the neighborhood.

Even such a small change makes a huge difference when living in a big city. This means that you will be focusing on your new home and your new neighborhood but still have all the same routines as you used to have before. You do not have to find a new job or deal with a lot of paperwork.

Moving away is not a bad idea at all

You might be thinking that moving away is a very big thing to do after a breakup but we think that it is the right one. Healing is going to be much easier this way. This is why plenty of people decide to do so. But for a lot of people, the relationship is what was holding them back from moving away and now that they are free from it, they are taking the chance to leave. This is exactly how a lot of people decided to move to New York City. We as an NYC-based moving company know this for a fact. Young people leave their parents’ home and move to NYC after having their heart broken all the time.

But New York City isn’t the only place moving to would be a good idea after a breakup. There are plenty of places you should consider. There are plenty of amazing cities for single people. Los Angeles certainly is one of them. This is also where lots of people move to after they break up with their partner. San Francisco is also a popular moving destination among people who have broken up with their partners. Austin is another amazing place to consider as well. A big city with lots of people yet it isn’t expensive to live in at all.

Have in mind that no moving process is easy to handle and bear. Especially long-distance moving. But to a lot of people, having to handle something that is much harder is the best way to get better. Moving is a complex process that requires you to be focused at all times. It is also very exciting and scary leaving the state. And as you have a broken heart, focusing on these things rather than the emotional wound that you have is the best way for it to heal. Having a cross-country relocation is as stressful as it is fun and we believe this certainly is something you should try in order to heal.

0
adjusting after relocationrelocation tipstips for moving to NYC
« Simple ways to pack kids toys for moving long-distance
Pros and cons of buying a second house in Bergen County, NJ »