How did Tribeca become the most desirable neighborhood in Manhattan

HomeHow did Tribeca become the most desirable neighborhood in Manhattan 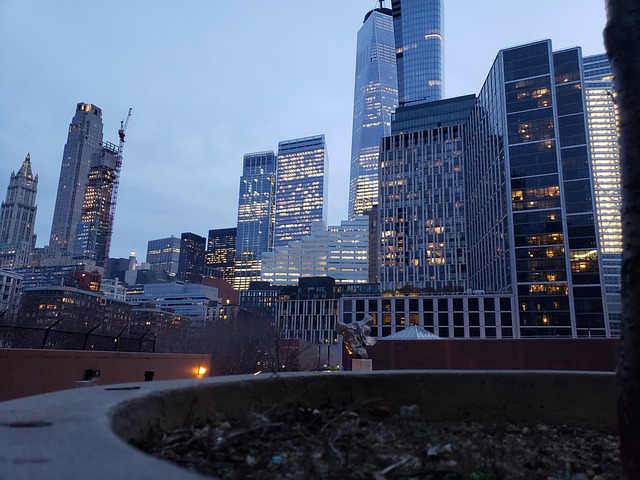 Tribeca didn’t even exist 50 years ago

This fantastic upper-class neighborhood of Manhattan didn’t even exist half a century ago.

This neighborhood began as farmland, and in the early 19th century it became residential. Originally it was farmed by Dutch settlers of New Amsterdam, and after that, it turned residential when it came into British colonial hands. It was one of the first residential neighborhoods developed in New York City beyond the city’s colonial boundaries. It was like that until the 1840s.

In the 1840s New York consisted only of today’s Manhattan. In this period Tribeca transitioned into a commercial and mercantile neighborhood. Little by little it became more attractive for merchants and entrepreneurs, and they, together with New York’s government began developing this neighborhood.

However, by the 1960s, Tribeca’s industrial base has vanished. Tribeca’s produce market has moved to the Bronx. Thankfully, the city of New York put an urban renewal plan into effect. This renewal plan included the demolition of old buildings and building new ones. The building of high-rise residential buildings, office buildings, and schools was finished in the 1980s. Many restaurants and bars were moved to Tribeca in those years too.

The situation today in Tribeca

By the early 21st century Tribeca became one of Manhattan’s most influential, fashionable, and desirable neighborhoods. Today, Tribeca is for the kind of people who are willing to pay a few millions of dollars for the property. Tribeca is a neighborhood where many celebrities and well-off people have their homes. It is quite popular with people who want to live in an upper-class neighborhood, surrounded by top-notch restaurants, gyms, coffee shops, and similar. Tribeca is also popular with artists, and if you are a painter or sculptor, we recommend setting your art exhibition in Tribeca.

So, how did Tribeca become the most desirable neighborhood in New York?

Experienced entrepreneurs consider the location to be one of the most important factors that determine the fate of the business. It is no wonder that there exists an old and simple saying in business – “Location, location, location”. So, if you plan on expanding your business to New York, choose Tribeca, you won’t regret it.

What makes Tribeca so successful compared to other neighborhoods in Manhattan is exactly this – location. Tribeca sits between Canal Street, West Street, Broadway, and Chambers Street. Recently Tribeca is extending out of its boundaries, as it goes to Murray Street to the south.

But location is not the only factor, right? True, but it is the most important factor. This location was quite attractive to different kinds of businessmen and entrepreneurs a few centuries ago. Today, it is even more attractive due to its rapid urbanization.

It is no coincidence that Tribeca is the most desirable neighborhood in New York today. Tribeca is kind of an odd neighborhood. It has its charms – quiet streets, unbelievably low crime rate, fantastic art galleries and restaurants, and similar. Our friends from zenithmoving.com say that Tribeca is their favorite place to move their customers to.

However, Tribeca doesn’t have the bucolic allure of Upper Fifth Avenue or Central Park West. Also, Tribeca is not consumer heaven – there are not a bunch of gigantic shopping malls and shops.

So, how much does it cost to live in Tribeca?

Obviously, life in Tribeca is not cheap. First of all, the median price of a property in this neighborhood is around 3.5 million dollars. That is far above the 2.23 million dollars average on the Upper East Side, and more than twice the Manhattan average of 1.71 million dollars. This means that you have to be quite well-off if you want to call Tribeca your home. But if you can pull it off, it might not be a bad idea to buy a property in Tribeca and rent it. As you can imagine, the rent here is not cheap.

Also, top-notch restaurants, art galleries, gyms, fitness centers, and similar, cannot sustain themselves without heavy pricings of their products and services. This means that life in Tribeca can get quite expensive, and if you don’t have some financial background behind you, we recommend not moving to Tribeca, as you might experience bankruptcy.

However, moving to Tribeca doesn’t have to be expensive

Life in Tribeca is quite expensive indeed, but moving to this part of Manhattan doesn’t have to be. All you have to do is to organize your relocation properly and call experienced movers to help.

There are many New York movers who are willing to move their customers to Tribeca, however, like in any business, there are better and there are worse companies. You need to hire someone who can get you all settled in, move all of your belongings, pack you and unpack you, and all of that for a fair price.

Tribeca is indeed a wonderful neighborhood and it is no wonder why people are willing to pay hefty prices just to live in it. It has everything you need, and all of that with top-notch quality.

Tribeca experienced a miraculous rebirth in the last few decades and nowadays it is the neighborhood in which many people dream of living. Tribeca is indeed the most desirable neighborhood in Manhattan, and that is for a reason.